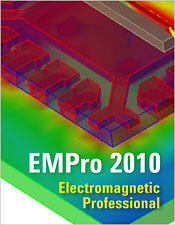 EMPro 2010 delivers new capabilities resulting in faster simulation, enhanced accuracy and improved design efficiency. Below are some of the highlights for this release. If you are new to EMPro, take a look at the Electromagnetic Professional (EMPro) main page.

Time domain simulation speed can be dramatically increased through the use of GPU-based acceleration. In addition to the existing acceleration solution provided by Acceleware (W2408), EMPro 2010 now includes a native solution that is part of the W2405 FDTD Element. Supported GPUs include NVIDIA Tesla S870, S1070, C1060, and NVIDIA Quadro 5600, 5800, Plex IV and Plex D2. 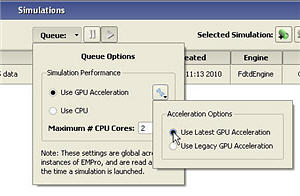 Want to quickly repeat a finite element method (FEM) simulation using different settings such as reduced error tolerance, or use a different solver (direct vs iterative), or with additional frequency points? You can now get a headstart by re-using data from a previous simulation, reducing the simulation time.

For designs that have electric field and/or magnetic field symmetry, EMPro 2010 includes a symmetry boundary condition that enables you to simulate half (or one-fourth) of the geometry, greatly reducing FEM simulation time and memory.

In addition to waveguide ports and internal ports, EMPro 2010 now has new internal sheet ports that provide the flexibility of internal ports but with reduced inductance parasitics by distributing the source current across a planar region or “sheet”.

For high-frequency and high-speed applications, simulation accuracy can depend on how dispersive material properties, such as complex permittivity, are modeled. Debye-Drude and Lorentz are proven models and are now available for FEM simulations as well as finite-difference time-domain (FDTD) simulations. 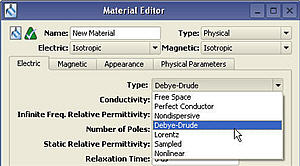 A new Bondwire object enables you to quickly select points on a geometry to place the start and end points. A standard JEDEC profile can then be used or modified within a new bondwire editor window. 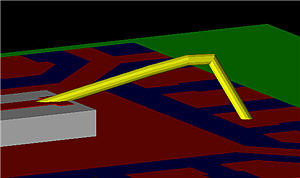 RF and high-speed board designs can now be analyzed in EMPro 2010 by using the ODB++ file importer. The UI enables you to select specific layers and nets to import.

You can select what portions of the resulting field data to save, significantly reducing the size of the simulation output files. 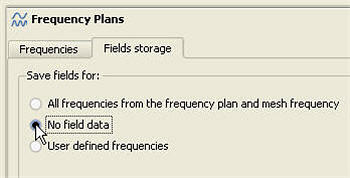 Popular Transform commands (Scale, Translate, Rotate, Reflect, Shear) are now available directly from the Modify menu and can now be parameterized. For example, a Scale parameter can be created so that several objects are scaled together. Also, Boolean commands can now be applied to more than two objects at once.

EMPro is now supported on the following platforms:

Looking for another version? View other EMPro Product Versions.