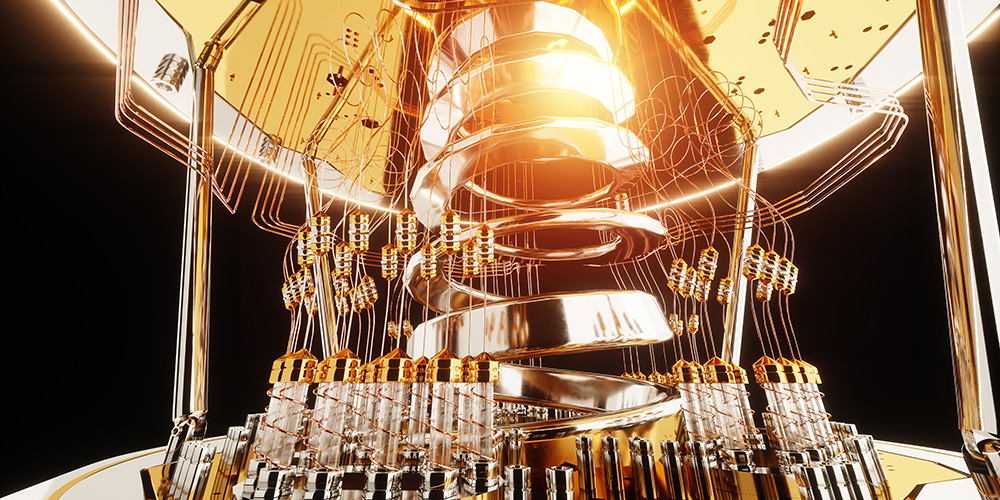 At one time, quantum computing was a theoretical conversation restricted to the halls of academia and the imaginations of science fiction visionaries. As breakthroughs in this emerging technology space accelerates, attention and investment are gaining momentum from commercial, governmental, and industrial sectors. The emerging quantum computing use cases are generating substantial buzz—and questions—from business leaders, technology enthusiasts, and the wider public.

In this article, we will address some of the most common questions and explain quantum computing in simple terms by separating the facts from the hype surrounding this revolutionary computing science.

Think about what happens when you are running multiple programs on your phone, tablet, or laptop. The device heats up, the processor slows down, and your battery drains quickly. A direct correlation exists between the data volumes and energy requirements needed to run any computational program.

Quantum computers can accomplish this because they operate using the principles of quantum theory—an area of physics that seeks to explain how matter behaves at atomic and subatomic levels-- to develop new ways to tackle the most complex computational problems more efficiently. Quantum bits, or qubits, are the most basic unit of quantum information and leverage quantum mechanics which allow the qubits to exist in the binary [0] and [1] states of classical bits or in both states simultaneously , known as superposition. This allows qubits to store an immense amount of data without the corresponding energy requirement. Each additional qubit exponentially increases the quantum computing processing power without increasing power consumption.

How are quantum computers different than classical computers?

At a high level, you can understand the differences between classical and quantum computers by looking at how they calculate information and how they are used.

Classical computers operate on a binary system. They use transistors to send electrical or optical pulses, which represent zero or one, to transmit data. These zeroes and ones are known as bits. Quantum computers calculate information using qubits, which operate using the subatomic properties of photons and electrons.

Qubits can exist in the zero and one states individually, simultaneously, and in any state in between—otherwise known as superposition. Entanglement is an occurrence where the state of one of two entangled particles can alter the state of the other regardless of the distance between them. When used in computer processing, these two phenomena offer immense processing speeds regardless of the amount of data or complexity of algorithms on the system.

In binary systems, power increases as the number of transistors, or bits, increases in a linear fashion.  Due to qubits’ superposition capabilities, the quantum computer’s processing power increases exponentially with each additional qubit.

As researchers find ways to scale qubits up and stabilize quantum computers, the potential for quantum computing continues to grow.

How quantum and classical computers are used

Classical computers, on the other hand, remain ideally suited for everyday computer processing needs as they have done for decades. Quantum computers have the potential to perform multiple complex calculations simultaneously, augmenting classical computers by performing complicated optimization challenges and analyzing large data sets and simulations.

What types of problems will quantum computers solve?

Computers, whether they are quantum or classical, are tools that facilitate innovation and breakthroughs that only human beings are capable of. Like any tool, quantum and classical computers enable us to solve problems more efficiently. Classical computers have enough processing power to manage even extremely advanced algorithms alongside the day-to-day tasks we rely on them for. However, certain types of computing problems evade the abilities of these computers due to the comparatively limited time and memory space they possess.

Quantum computing systems will be able to process immense amounts of data in an exponentially shorter time than their classical counterparts. Because of this, quantum systems are poised to enable accelerated innovation across industrial, governmental, and academic sectors and applications. 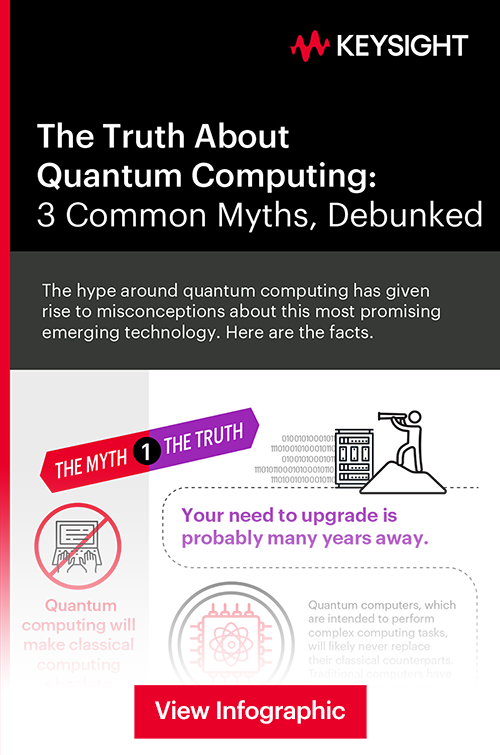 Product and technology development
Quantum computing’s uniquely powerful processing will enable solutions to product and technology development challenges that have remained unsolvable with classical computing capabilities. Quantum computers will optimize simulation and emulation capabilities, allowing product developers to create high-fidelity, precision digital twins and test them against a more extensive set of real-world scenarios in a shorter amount of time. This will result in higher quality products brought to market in less time at a far reduced cost.

Medical sciences
From developing pharmaceuticals to improving medical diagnostic imaging capabilities, quantum computers can investigate and develop remedies for an increasing number of maladies and diseases. Quantum computers will be able to analyze molecules and cellular interactions at incredible speeds and give researchers the ability to simulate human systems that look at countless variables like circulation, hormones, metabolic factors, and temperature. This can make it possible to conduct clinical trials not only more complete but performed in a fraction of the time they currently take.

Scientific research
From particle science to astronomy, the super-charged machine learning, artificial intelligence, and simulation capabilities will allow scientists to accelerate discoveries that will deepen our understanding of the world around us. Quantum computing’s simulation capabilities will allow researchers to improve their ability to model weather, simulate environments that are currently inaccessible, like the deep ocean and space, and model the human body under any number of scenarios.

Urban planning
Quantum computer-enabled artificial intelligence (AI) and machine learning (ML) will monitor, predict, and decrease traffic congestion across large urban areas. In doing so, these areas—and the wider world—will benefit from the reduced carbon emissions and lower maintenance costs that come from reducing urban congestion. Moreover, it will allow city planners to make better-informed urban development decisions that improve the quality of life for residents in those urban environments.

1998 saw the successful operation of the first quantum computer. Since then, private, public, and academic institutions have invested heavily in the development, stabilization, and commercialization of quantum computers. Technology companies like IBM, Google and automotive giants like Mercedes-Benz join the National Science Foundation (NSF), the European Organization for Nuclear Research (CERN), and the University of Science and Technology of China (USTC) in developing, implementing, and integrating quantum computing into their products and services.

Key players, including Google, IBM, and Intel, were responsible for developing the first wave of quantum computers which can run dozens and even hundreds of qubits. While these systems are powerful, to surpass the capabilities of classical supercomputers and achieve true quantum computing performance, researchers must overcome infrastructure and scaling challenges before a truly viable commercial quantum computer will be widely available.

That said, the research driving the development of true quantum systems has led to a rise in quantum-inspired algorithms that simulate quantum effects on classical computers. Applying these algorithms to real-world problems offers businesses new insights, cost reduction opportunities, and improved operational efficiency.

The business advantages of these hybrid systems also offer companies a low-risk approach to quantum preparedness. The same algorithms and applications that run on quantum-inspired systems tackle complex optimization challenges in less time. Moreover, these quantum-inspired systems offer businesses a low-risk way to experiment with quantum computing while also training employees on their use when quantum computers become commercially available.

What challenges are preventing quantum computing from reaching its full potential?

In addition to decoherence and quantum error correction challenges, there is a shortage of qualified quantum researchers and engineers who can accelerate the development of solutions to overcome these hurdles.

Noise and decoherence in quantum computers
Realizing the vision for quantum computing requires that researchers develop qubits that are as reliable as their binary counterparts. This process is known as decoherence and is a result of environmental changes like fluctuations in electric and magnetic field fluctuations and radiation from warm objects. Decoherence can even result from the passive act of observing particulate interactions.

Qubits can only store memory for less than one minutes before decoherence sets in, resulting in computing systems that are highly unstable even in the most controlled environments. Currently, quantum computers operate in environments cooled to near absolute zero temperatures to minimize decoherence. Quantum computing researchers are actively investigating ways to minimize or suppress decoherence, produce shelf-stable qubits, and scale processors up past the dozen qubits currently possible today.

Quantum error correction
Quantum computing errors are inevitable because, despite best efforts, it is impossible to shield qubits from the effects of external environmental interference. Quantum algorithms execute several operations across a large number of qubits. Noise causes interference which randomizes the information in the qubits, resulting in algorithmic errors. Thus, there is an inverse correlation between the influence of noise and the length of time an algorithm can run before errors impact results. A true quantum computer requires the ability to run trillions of operations; currently researchers are only able to perform dozens before decoherence prompts a fatal error. Current estimates suggest that a fault-tolerant quantum system would require 1000 physical qubits to support a single logical qubit.

Like so many other facets of quantum computing, effective quantum error correction relies on the ability to scale up the number of physical qubits a system can run. Current estimates suggest that a fault-tolerant quantum system would require 1000 physical qubits to support a single logical qubit. The resources and overhead costs associated with achieving this are untenable right now, but numerous promising experiments underway highlight the promise of quantum error correction strategies to stabilize qubits from noise and decoherence.

Quantum computing specialists needed
The substantial potential for quantum computing has led to a rise in investment and new companies entering this exciting market. For start-ups and established companies alike, sourcing quantum computing experts is a challenge. In June 2022, McKinsey & Company reported that job postings outnumber qualified applicants by a staggering three-to-one ratio worldwide. The report suggests that, while many universities offer quantum research programs, very few provide master’s programs in quantum technology. Moreover, universities are slow to develop new programs, despite acknowledging their role in satisfying the demand for quantum specialists.

The quantum revolution is coming

Quantum computers are poised to transform industries and revolutionize scientific discovery. From technology and medical research to cybersecurity and supply chain optimizations, quantum computers promise benefits across all aspects of society and business. While a commercially viable quantum computer is still years off, increased investment and global collaboration are accelerating the pace of breakthroughs and bringing us closer to that end goal.

Learn more about the potential of quantum technologies, their development, and their impacts by exploring the quantum courses available through Keysight University.