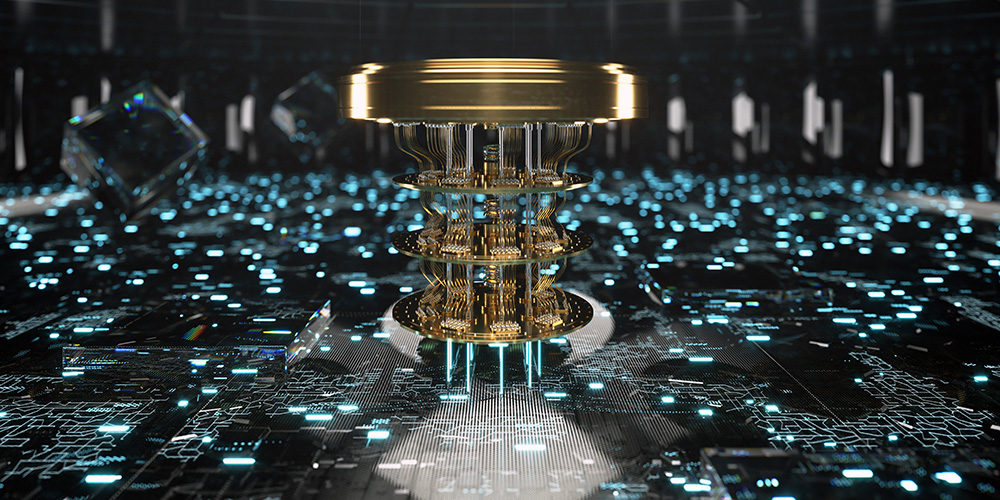 From accelerating the discovery of life-saving medicines to boosting the security of financial services, quantum computing's potential business opportunities seem limited only by the imagination. For organizations that are actively pursuing it, however, the tangible barriers quickly become clear.

In its 2022 technology, media, and telecom predictions, for example, consulting firm Deloitte likened the current state of quantum computing to aircraft technology in the early 1900s. At that time, the Wright brothers had found it was possible to get a plane off the ground, but they could not yet travel meaningful distances.

"The problem with quantum computing's usefulness is not a lack of use cases, money, effort, or even progress," Deloitte's analysts wrote. "It's that current quantum computers are not yet powerful enough to tackle problems that can't be performed by traditional [super]computers."

According to a survey by the Pistoia Alliance, for example, 11 percent of those in the life sciences sector alone cited a lack of access to quantum infrastructure as an impediment to adoption. This is a considerable challenge, especially when organizations depend on standalone tools that require complex integration.

Consulting firm McKinsey & Company suggested much the same in its own recent outlook on quantum computers in business. Vendors not only need to offer better qubit connectivity but also quantum-level data storage or RAM along with efficient data input and output.

"The most important milestone will be the achievement of fully error-corrected, fault-tolerant quantum computing, without which a quantum computer cannot provide exact, mathematically accurate results," the company wrote.

More specifically, a quantum computer will require resiliency coming from redundancy to address "noise" — by increasing the number of physical qubits required for every logical qubit used in the application.

More specifically, a quantum computer will require resiliency coming from redundancy to address "noise" — by increasing the number of physical qubits required for every logical qubit used in the application.

Another similarity between quantum and classical computing is the need to scale infrastructure in order to accommodate increased demands in workflow and performance.

Today, for instance, quantum researchers are working with dozens to up to 100 qubits. To achieve the end-user applications in finance or materials science requires tens of thousands, hundreds of thousands, or even more qubits.

"Today, for instance, quantum researchers are working with dozens to up to 100 qubits. To achieve the end-user applications in finance or materials science requires tens of thousands, hundreds of thousands, or even more qubits."

A requisite is that the entirety of the control system be well integrated and easy to use as a robust quantum solution.  For that task, Keysight offers Labber software to integrate hardware and FPGA firmware into a quantum-specific solution that decreases the learning curve and enables teams to scale.  Furthermore,  Labber software helps to provide a powerful tool for researchers and developers to explore next-generation quantum materials, sensors, and qubits.

The quest for a quantum-specific tech stack

Understandably, companies might be daunted by what it will take to fully embrace the potential of quantum in their business, particularly given that it could involve cobbling together various solutions.

Organizations have spent decades assembling classical computing tech stacks to meet their business needs — everything from the underlying networks to data centers to end-user devices and applications. All of these areas require significant time and investment to ensure systems don't break down or provide less than optimal performance.

With quantum computers, scientists and engineers are juggling a similar number of tools just to test, measure, and analyze the elements that go into developing qubits and the systems in the first place. These include instrument controls, lab automation, optical testing equipment, and more.

What the quantum community will ultimately need is for these standalone tools to be integrated into higher-value-added solutions. This is not unlike the platform approach in classical computing.

Understandably, companies might be daunted by what it will take to fully embrace the potential of quantum in their business, particularly given that it could involve cobbling together various solutions.

Though vendors use the term "platform" in a number of ways, one useful definition is a set of predefined components that can be used in a standardized fashion, allowing organizations to explore new business opportunities and scale them as required.

A true quantum platform will include software solutions that can help with everything from error correction to scaling to simulation and optimization applications. The capacity of a quantum computer to perform meaningful computations is determined by both the quantity and the quality of those qubits, which requires overcoming errors associated with such delicate architectures. As such, Keysight acquired Quantum Benchmark whose innovative solutions help improve the runtime performance in such an error-prone environment.

Ultimately, investments in software systems Quantum Benchmark and Labber are adding user confidence in the process and results, including tools for error correction, instrument control, optimization, and automation.

It may take several years for quantum computers to deliver on the ever-increasing range of use cases that could benefit industries. Many questions are still to be answered. The general trends, however, are not unlike what happened in classical computing — where a tech stack emerges that makes quantum research and qubit development more accessible. Resources like Keysight University are also allowing more people to level up their knowledge of quantum infrastructure and how to scale systems as necessary.

There is no reason to wait on the sidelines to get started. The time to begin your quantum journey is now.

Want to learn more about solutions for scaling quantum? Explore our quantum solutions page to see how Keysight can help you achieve the quantum advantage for your business.