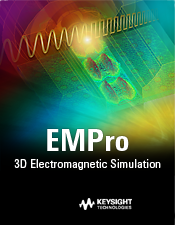 EMPro 2011.11 delivers new capabilities to speed the design and analysis of 3D models. If you are new to EMPro, take a look at the Electromagnetic Professional (EMPro) main page.

Include user-defined RLC passive loads directly in a FEM simulation to represent matching or surface-mount components. The loads are defined in the EM setup environment, which consists of common series and parallel RLC network topologies. This capability enables accurate field visualization results that take into account passive loads. 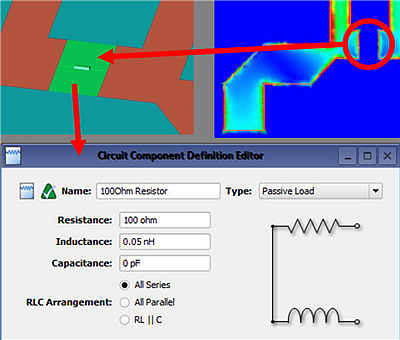 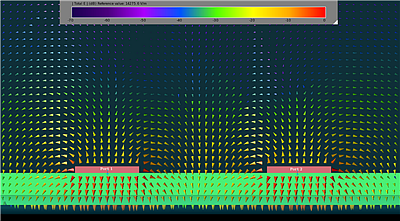 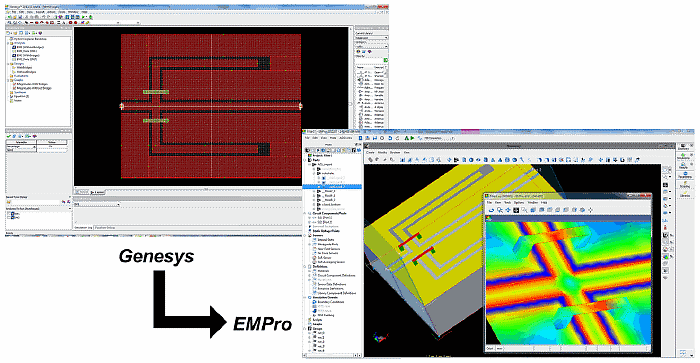 EMPro 2011.11 delivers a fast FEM iterative solver that provides an additional 1.5X-2X speed improvement (on top of the 2X speedup already realized in the 2011.07 release) for simulations that include internal ports, reflecting Keysight’s ongoing commitment to fast-paced advancements in simulation technology.

In addition to exporting s-parameter results as CITI files or ADS design kit files, you can now export results as an “emModel” component, which contains the data and schematic symbol, ready for use within an ADS schematic simulation.

FEM simulations can now be interrupted and the intermediate data can be re-used to speed up future simulations. Also, there are several UI enhancements, such as improved visual simulation progress indicators.

Looking for another version? View other EMPro Product Versions.